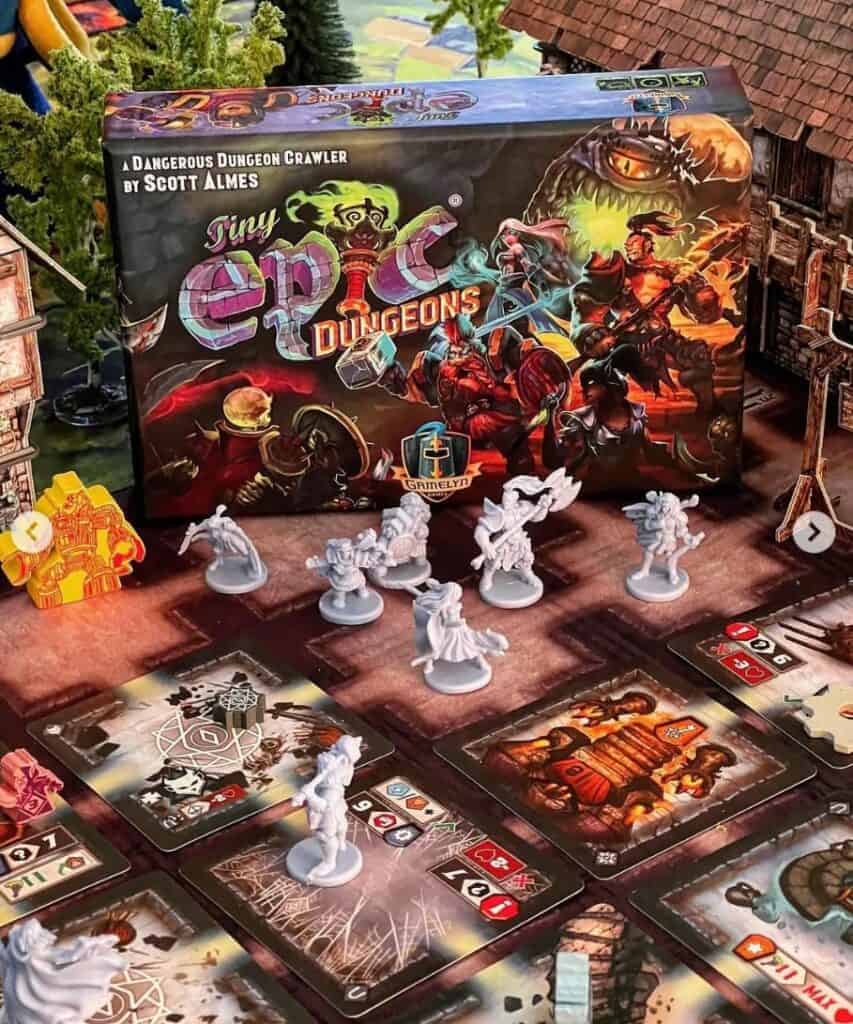 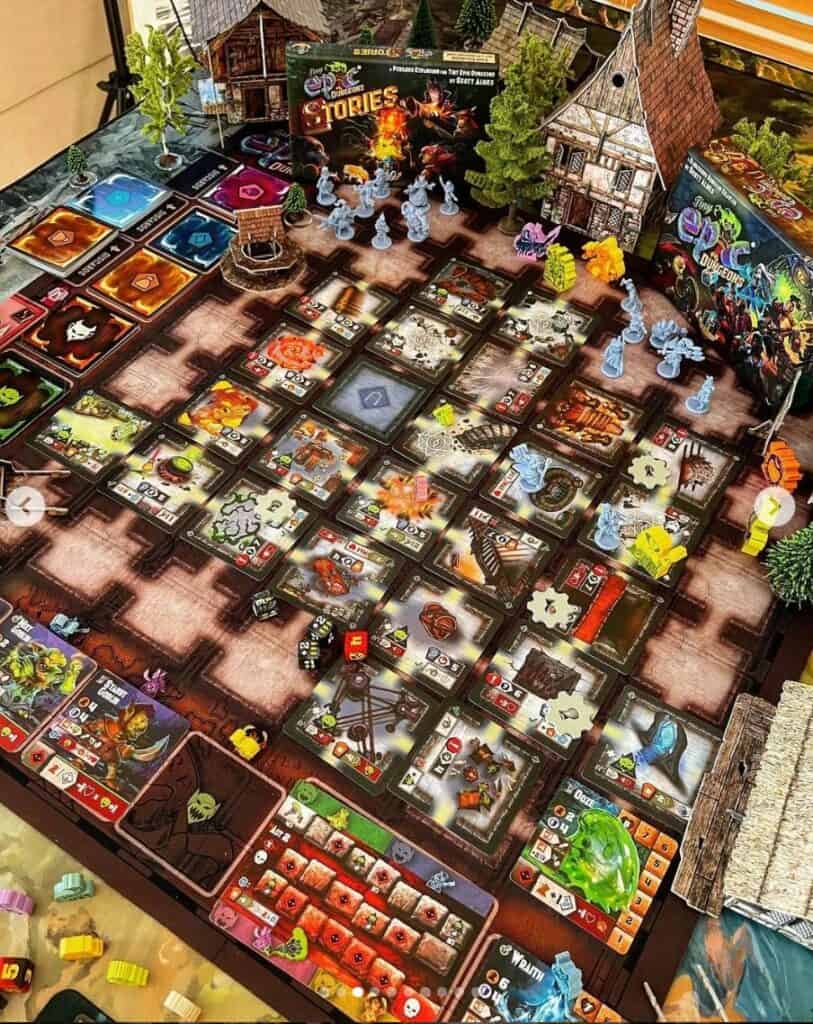 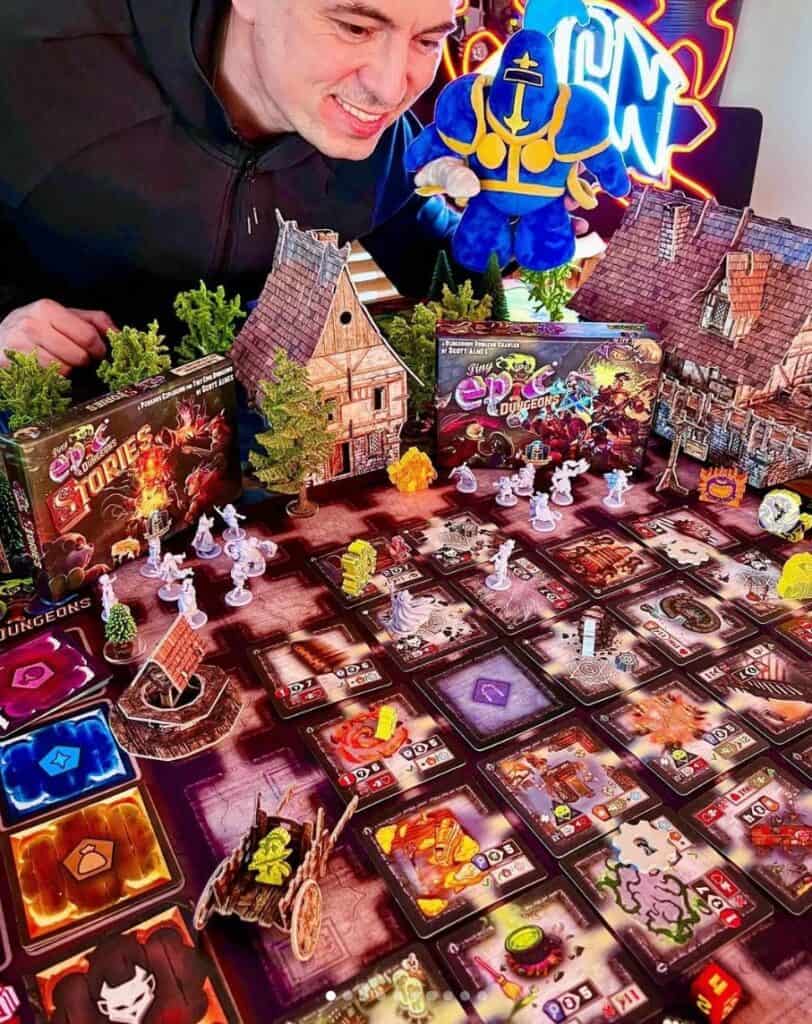 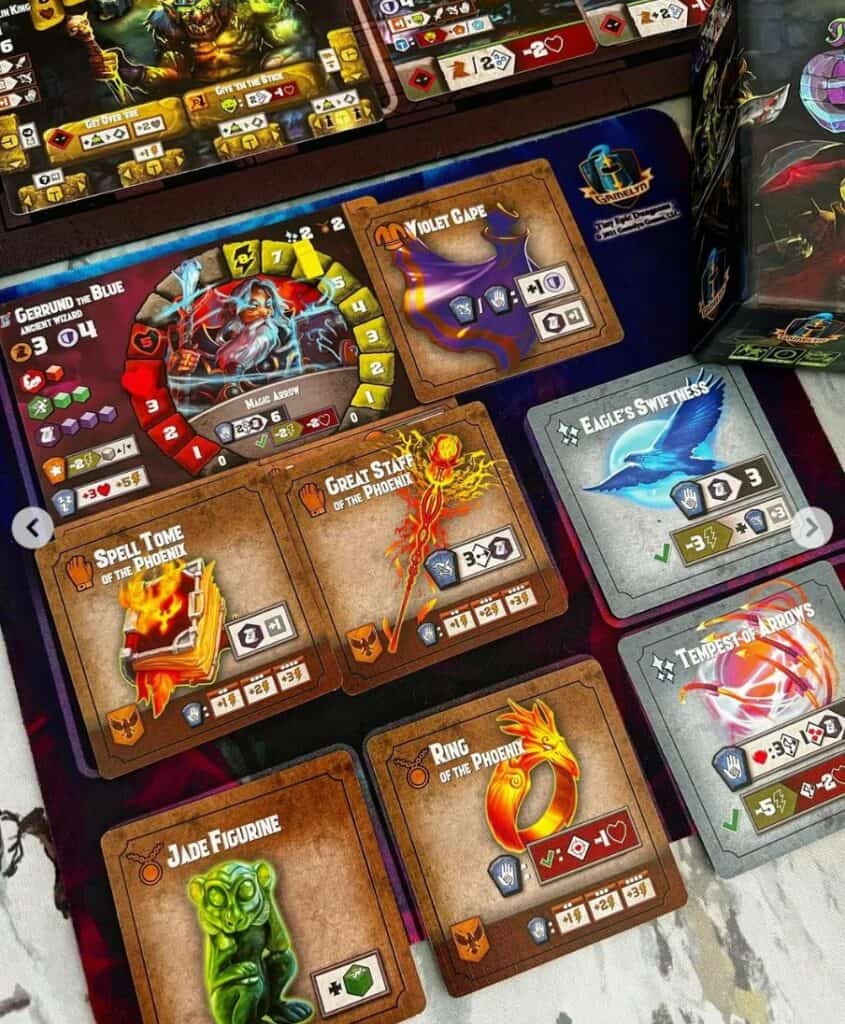 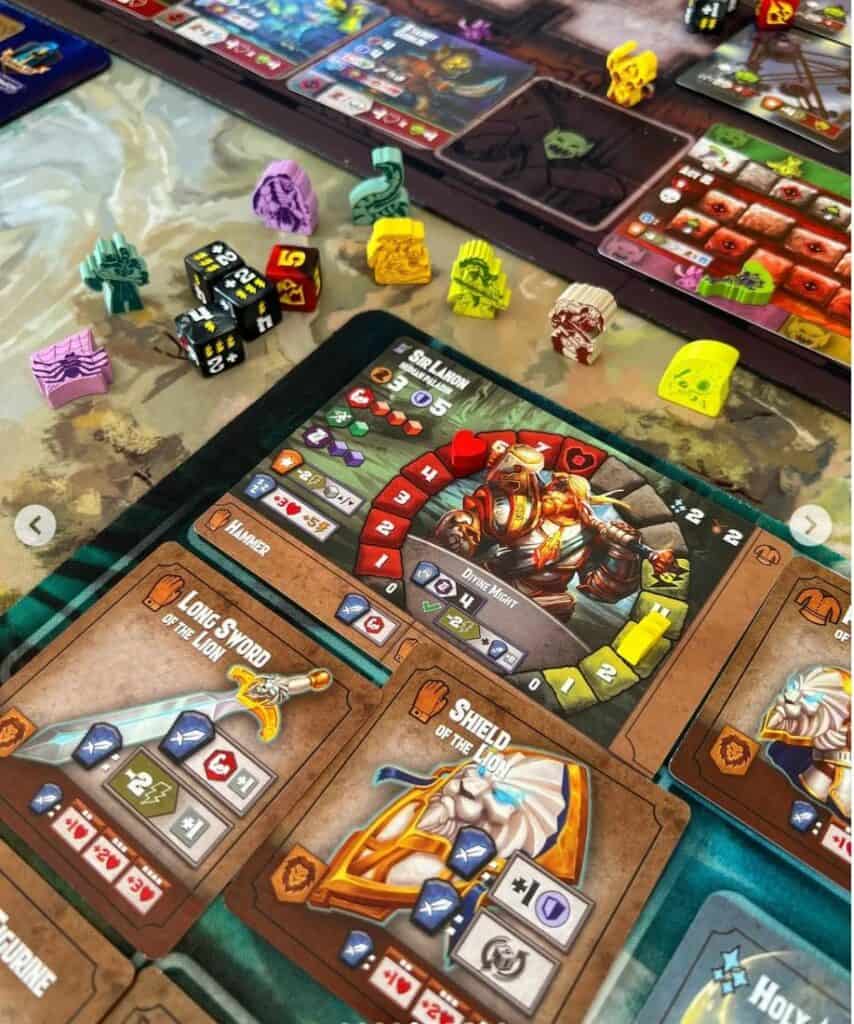 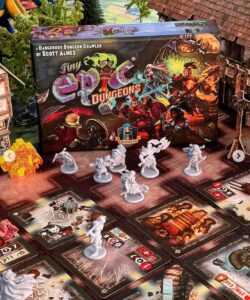 Tiny or Epic? Let’s get this straight – it is the best Tiny Epic up to date. It’s a gem in Gamelyn Games’ tiny crown (but not without the flaws:P). Welcome to my mini-review of Tiny Epic Dungeons.

Tiny Epic Dungeons comes in a small box but it is big both in terms of gameplay and size on the table. It’s basically a dungeon crawler, choose your team, draw your dungeons (each time different), gear up while you play, and slash your way through the enemies to defeat the final boss. But it’s not an easy endeavor and you have to fight the clock as well.

But what’s special about it, is that each loot, spell, hero, and room has some kind of special ability. And it is within those endless abilities that lays the heart of this game. Once you get to know what to look for you gonna make your build up better and life easier. 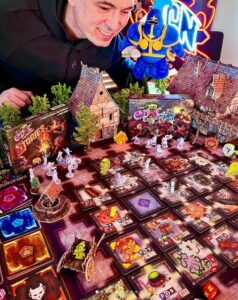 Each character has 4 basic stats: movement, focus, health, and defense plus three attributes used for the various test.

The whole game runs a test-based system with dice rolling which you can affect with your focus stat. I love how you can affect the dice, and if you know how to “find” focus in this game you gonna see what a pleasure it is to play it smoothly.

What was that about flaws? Well, icons on the cards – they could be better as literally sometimes you don’t know what a spell does. But Gamelyn Games already published an appendix with card explanations and it fixes most of the issues with that. 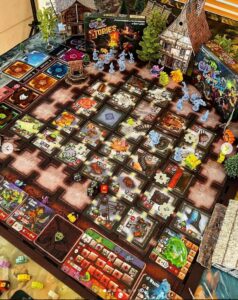 What about replayability? Each time you gonna face a different boss, different dungeon, you have tons of gear and spells plus with TED Stories you get to play 3 layered dungeons and a bunch of new heroes including Indiana Lara Croft 😛

You can play this game with a base game box and it makes up for the series name Tiny Epic… and you can play it with all mats, dice, boss meeples, and bells and whistles to make it truly EPIC!

This is the Tiny Epic I’ve been waiting for and with plastic minis, neat gameplay, and tons of cards, it can become the dungeon crawler of your choice for your next game night!

Be sure to check out more content @ Weekly Gaming Night 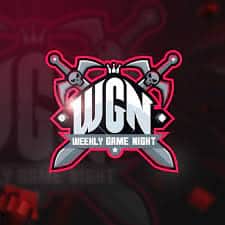 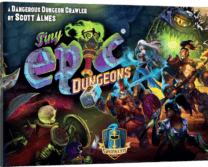