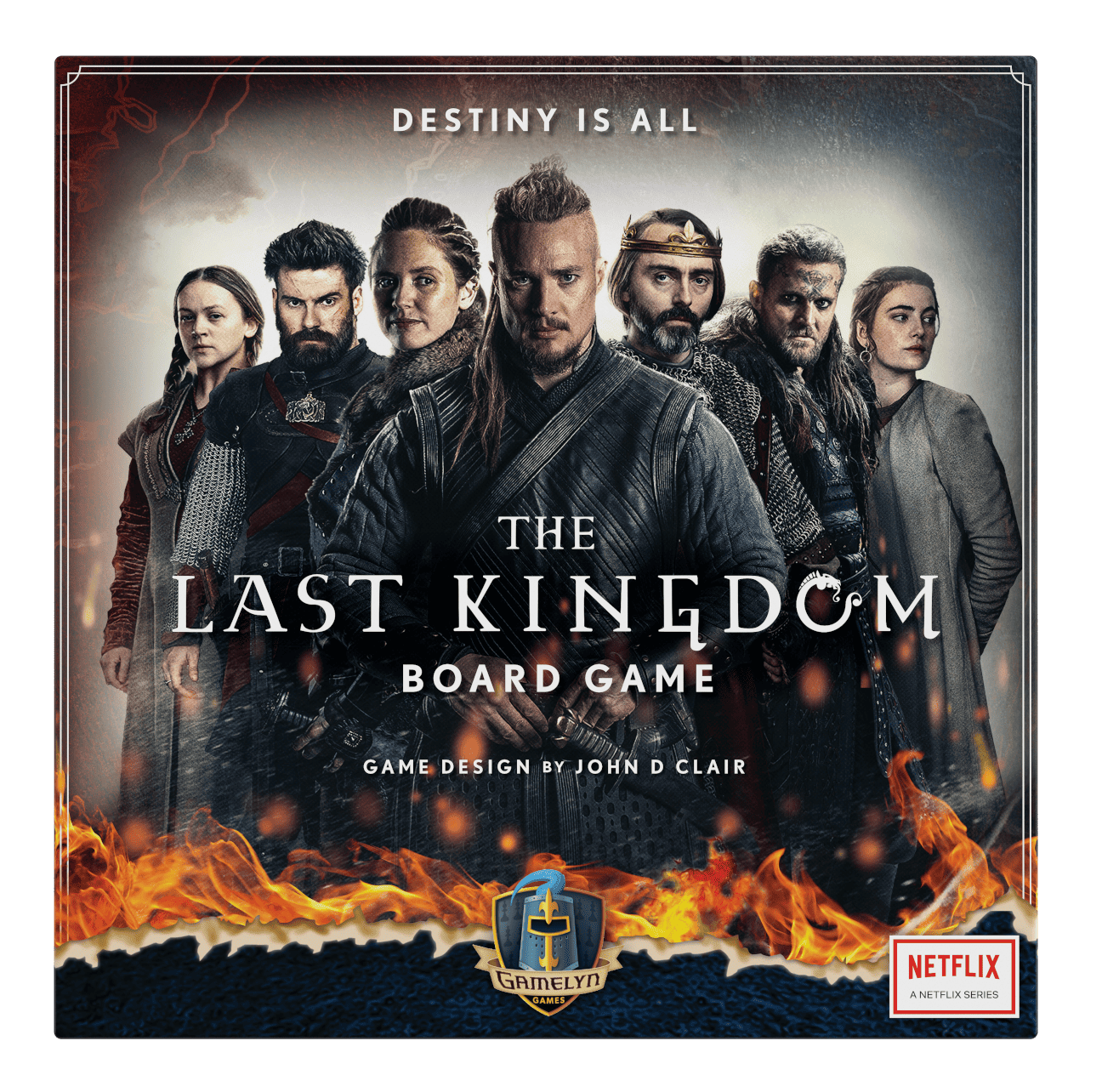 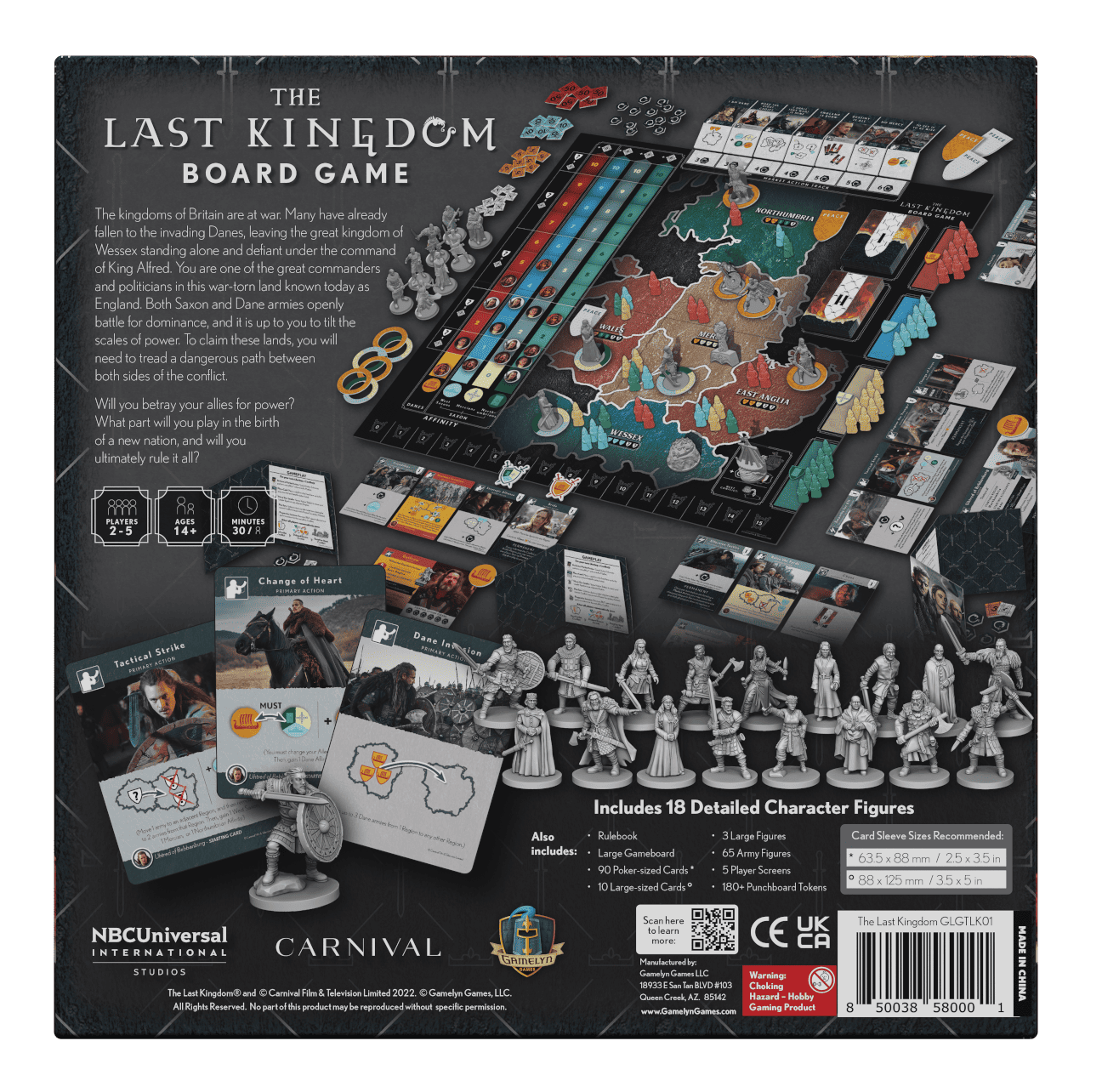 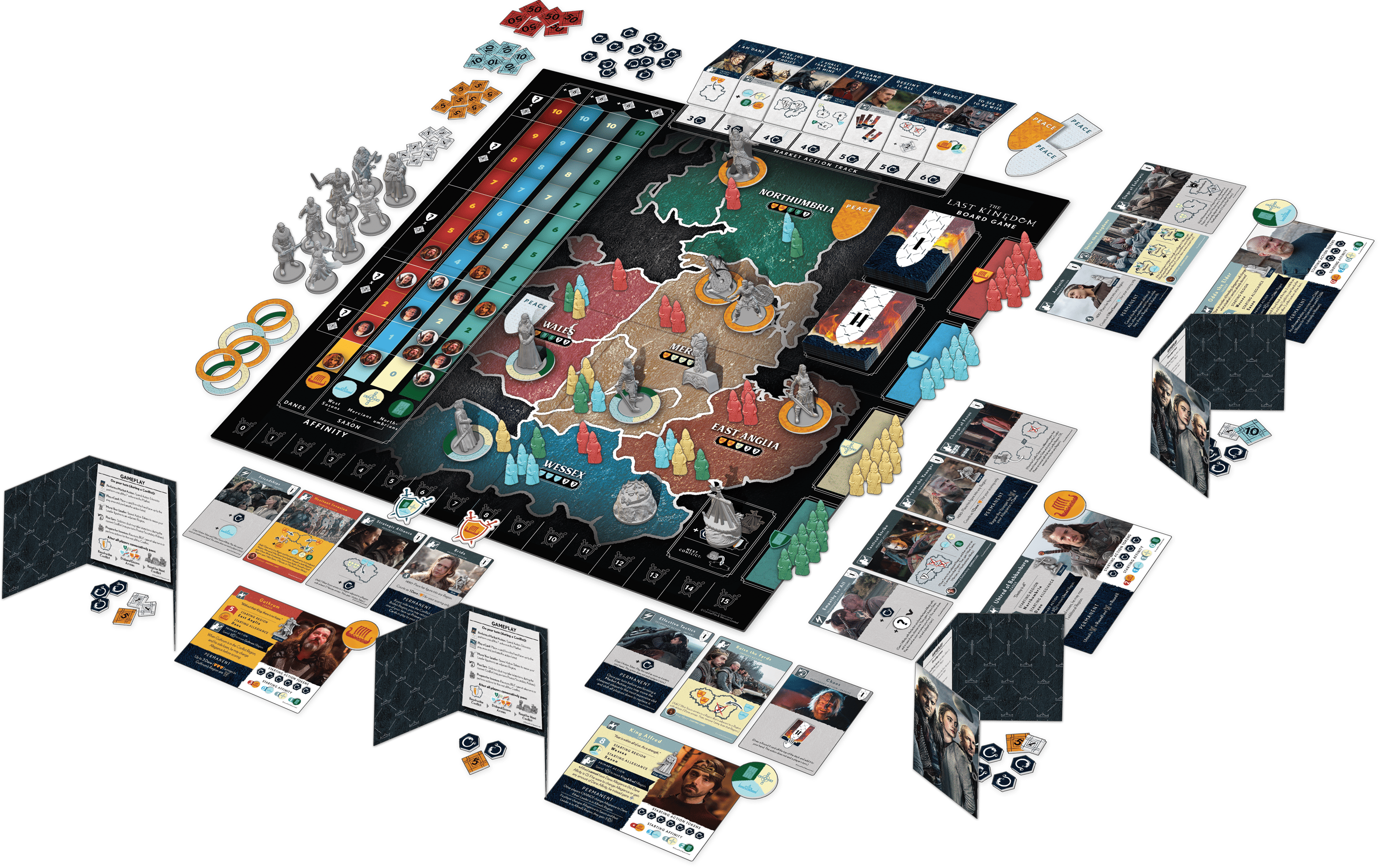 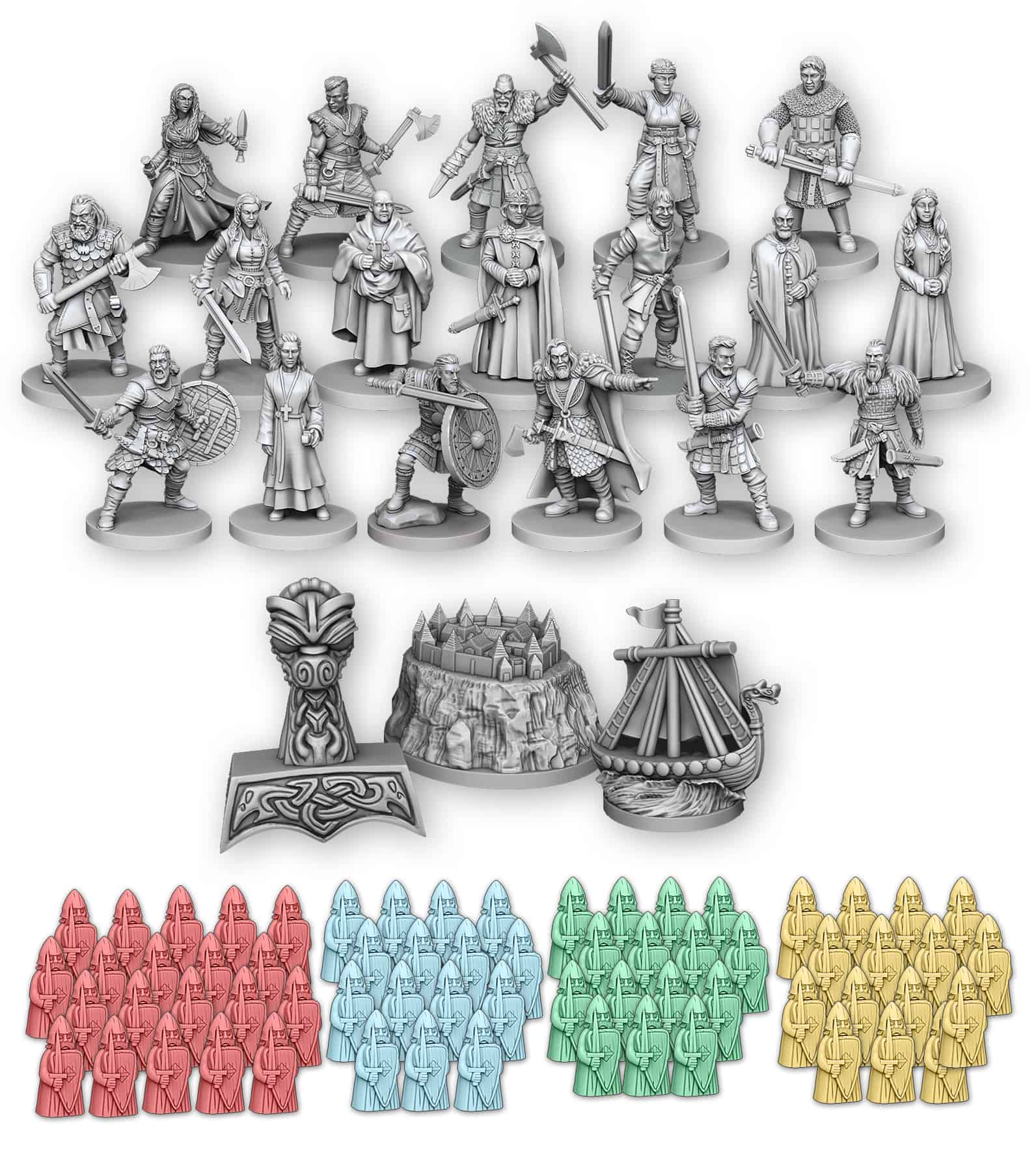 The kingdoms of Britain are at war. Many have already fallen to the invading Danes, leaving the great kingdom of Wessex standing alone and defiant under the command of King Alfred. You are one of the great commanders and politicians in this war-torn land known today as England. Both Saxon and Dane armies openly battle for dominance, and it is up to you to title the scales of power. To claim these lands, you will need to tread a dangerous path between both sides of the conflict.

Will you betray your allies for power? What part will you play in the birth of a new nation, and will you ultimately rule it all? 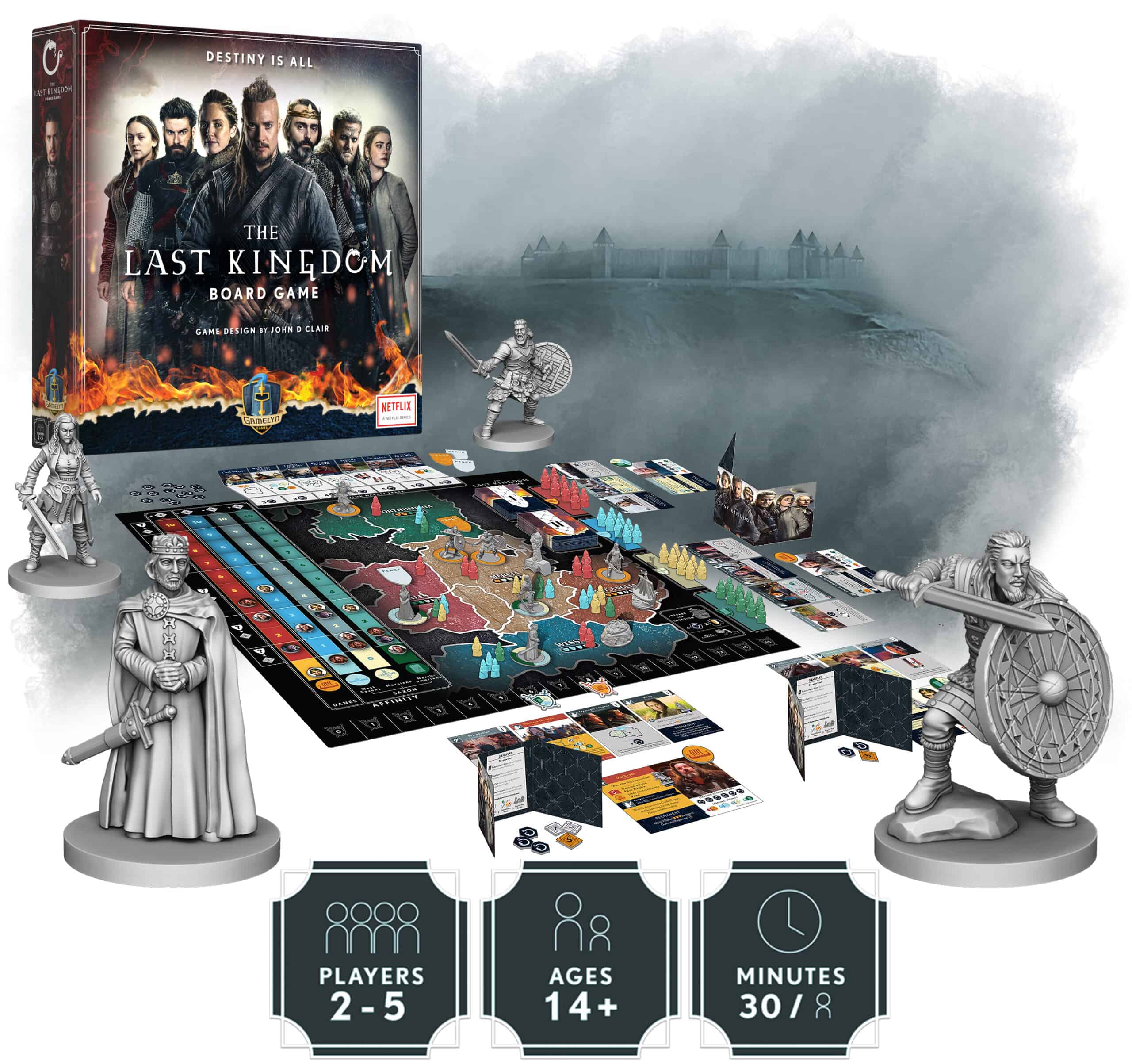 In The Last Kingdom Board Game, each player controls one of many influential leaders vying for control over Britain in this time of conflict. The game plays over the course of 2 rounds during which players will perform actions to command armies to shape the course of the war. Your allegiance to the Saxons or the Danes can be firm or fickle, and your score will reflect not just your prowess in battle, but your political skill in maneuvering the competing forces of Britain.

Each of the 10 leaders will offer unique benefits to your strategy and provide special cards to start your hand. 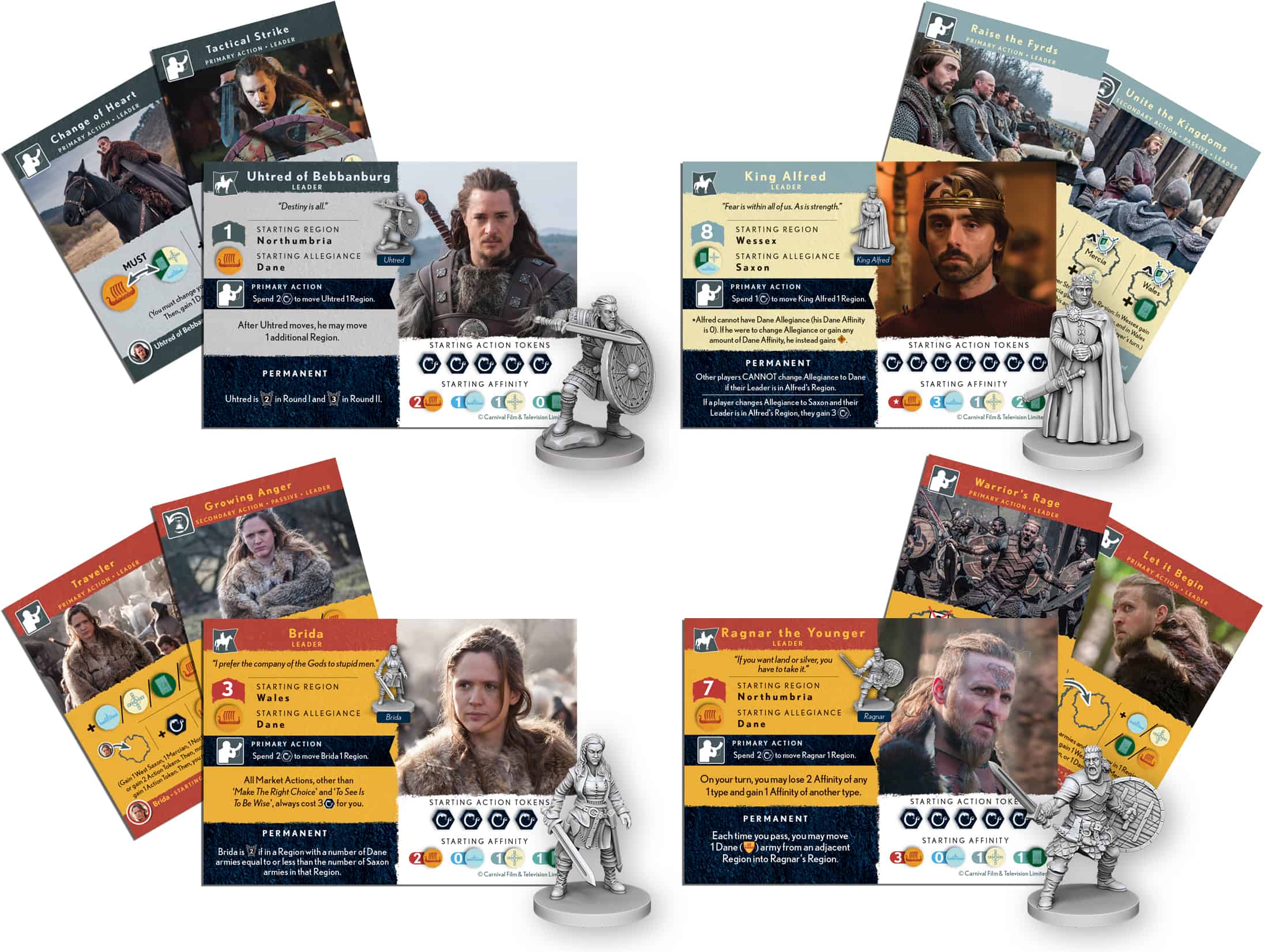 At the start of each round, players will complete their hand by drafting cards from a deck specific to that round.

Then, the war begins in one of the five regions.

Players will take turns playing cards to command Saxon or Dane armies, gaining affinity with the different factions, or positioning their heroes and leaders to shift the tides of war. Players will also have access to a rotating market of actions that are available to everyone.

Alternatively, players may choose to not act on their turn and instead pass to see what moves their opponents make. 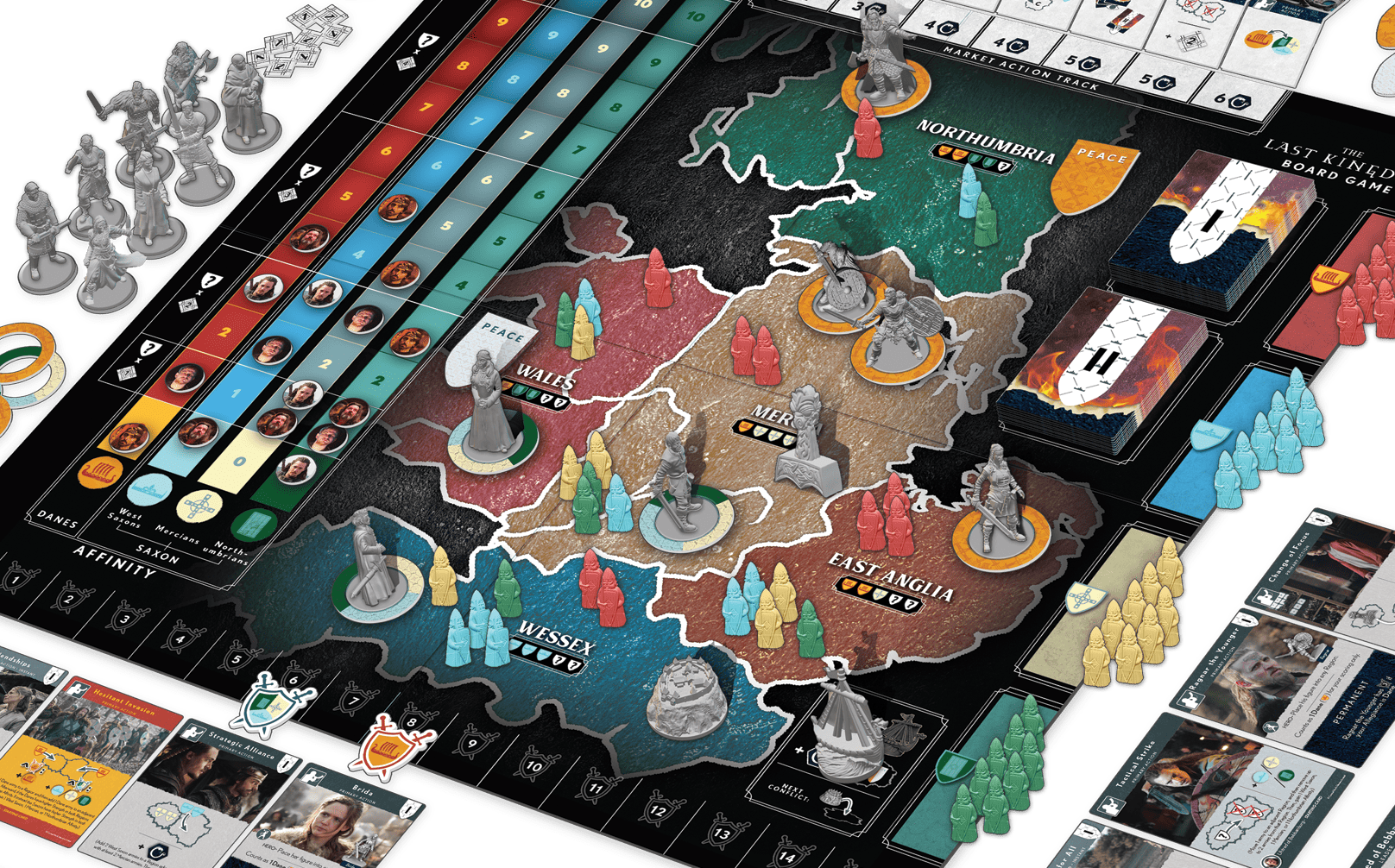 Once all players have passed consecutively, the war in the current region will be decided by the strengths of the Saxon and Dane armies that are battling there. Players will gain victory points if they are aligned with the winning faction and based on their level of affinity. The focus of the war will then move to the next region and the battle continues.

After the fate of all five regions have been decided, the round ends.

After two rounds of play, the winner is decided by which player accrued the most victory points. 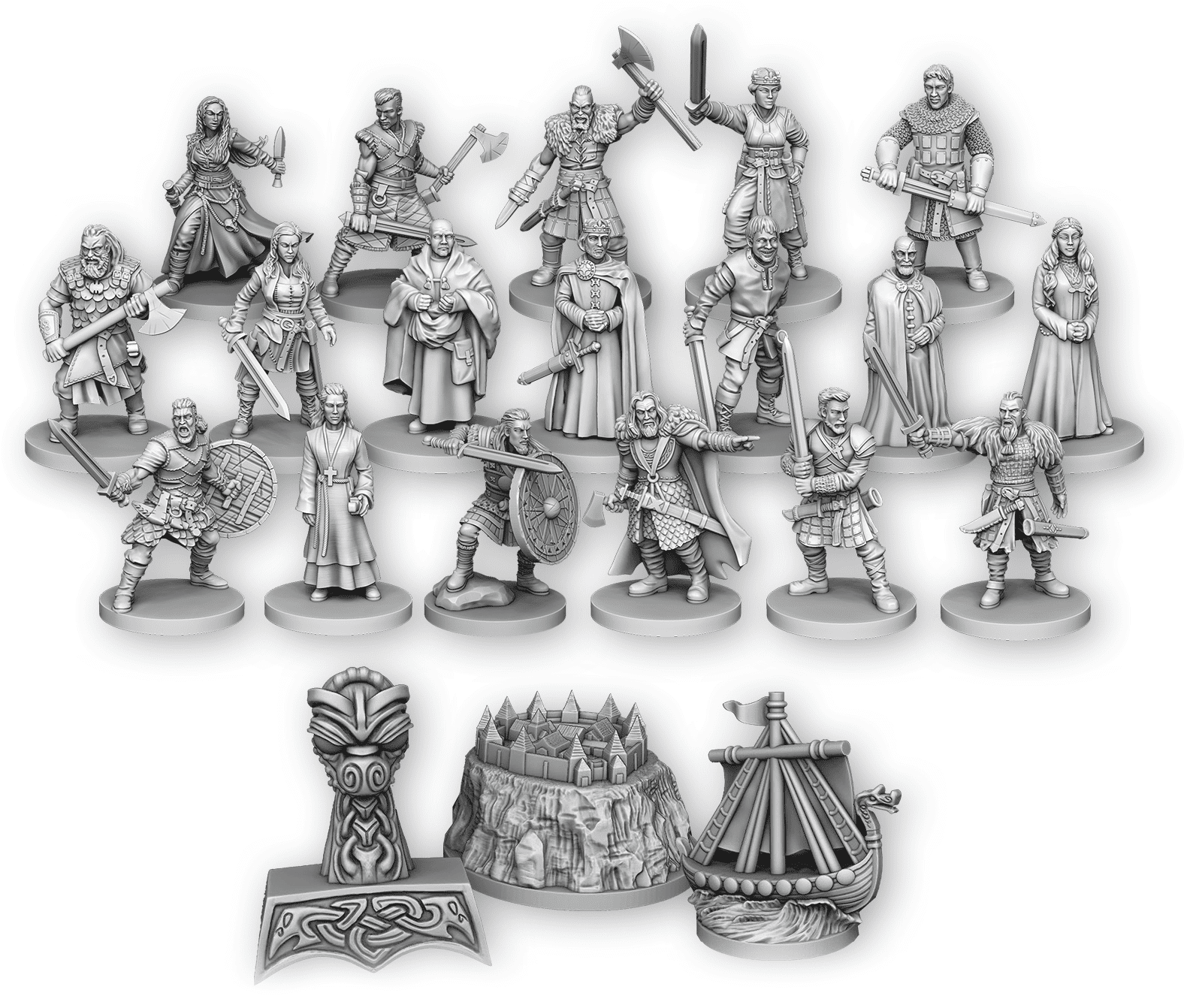 OVERALL RATING
This product doesn't have any reviews yet.
OK