Designed by Scott Almes. Published by Gamelyn Games. For 1-4 players.

This is the first Tiny Epic Game that I have backed. “But why DB there are so many others?” I hear you cry. So, here is my answer: firstly I always thought the other ones looked a little too small in scope for the type of game I like, I like epic epic games and did not really expect a lot from these games to begin with. Second, because I had only really heard about them in the months just before the Kickstarter for this one and when I watched a gameplay (by Quackalope) I thought that the gameplay looked awesome and in fact seemed like it was going to be a lot of fun!!

Was I right? Is this game as epic as I was hoping it would be? Is there enough content in the box to keep me satisfied? Do I really need the potions or the stories expansions? Let’s explore these questions further…

The main basis for this game is that you need to explore enough dungeon tiles and discover enough minions, that you must defeat, that in turn will open access to the dungeons boss and you must then kill that boss to win the game. Seems simple enough….well it is not. This game is tough…very tough. There are things you can do to help yourself like getting cool items and spells but, sometimes when the card gods or the dice gods are not on your side this can be quite the tricky puzzle to solve. When you enter a room with a goblin in it you spawn a goblin enemy and your hero takes 1 damage, some trap rooms can cause you damage if you fail the skill check, the torch may run out of flame (aka you lose as you run out of time), the minions and the boss can hit hard, the dice can sometimes give you time reductions, and you can become over-ran by enemies quickly if you are not monitoring all areas of the game. The bosses also change your game from being in Act 1 to being in Act 2 where you have to fight the boss and then lure him out into the dungeon you have discovered whilst still fighting off any orcs and other issues that you run into.

We are currently on a 50/50 win-to-loss run so I find this to be really exciting and fun. A lot of players online however are stating that this game is too hard and they are not enjoying the constant losing. Maybe I got lucky so far or maybe I have skipped some important rules; which is highly likely haha. My partner and I played Carcassonne, a household favourite, incorrectly for nearly 3 years…oops (>_<).

My tips for beating the game, in my limited experience, are to get as many items or spells that work well with the characters you are playing (i.e. more spells for witch or wizards, more armour and strong weapons for warriors/sword fighters, etc) and if you can get some armour sets that work with each other to give benefits (this can be hard to do at low player counts though but, you do have the option of playing as 2 characters each if you wish) whilst also making sure that you do not kill minions at inopportune times as they move you up the torch track by 6 spaces so it can be a waste if you only move the tracker up by for example 3 spaces near the start of your game as you cannot move past the point where the torch started in your game. Also, keep an eye on your “energy” for each of your heroes as keeping this high allows you to pull off your best moves and attacks.

For such a small package The Tiny Epic Dungeons has aimed super high and really impressed me. The guys at Gamelyn games and designer Scott Almes wanted miniatures for the heroes, wooden chips for the counters and parts, top quality dice, cool back-stories, varied enemies, varied rooms, suspense a timer to bring extra tension, exciting exploration, great art…..this game has it all and somehow fits it in a tiny-weeny box. But at what cost? There have got to be some downsides???

There are some negatives with this game as you may expect. If you only have the base game then you will only get 6 goblins and these come out a lot. You can guarantee that each game you will have to shuffle the killed goblin stack at least once to refill and this can mean that there is not much variety in these enemies. As mentioned before the game can be a bit hard which may not be to everyone’s liking. My biggest thing of note is that I worry that after playing another 3/4 times the game may start to become a little samey; open up tiles, kill the same goblins, kill some minions and then kill the boss.

Now, therefore is a good time to talk about the expansions that come with this game, and in my opinion are must-buys as they help alleviate some of these issues. The Potions expansion brings with it 2 more goblins, 1 more dungeon card, 2 more bosses, 2 more minions and as the name suggests some potion cards (that you get from the new dungeon tile). This does not sound like a lot but, the extra goblins is huge and the potions are also an extra fun factor to play with too; they bring some great benefits but, also give some downsides too when you kill the Mixy Goblins. This variety and slight twist on the games basic mechanics really improves the variability and having extra bosses and minions is always going to be great. The potions expansion comes in the Deluxe Edition of the game and fits in the base games box quite easily.
The Stories Expansion helps to improve the direction you take in each game even further by giving you various targets that you must achieve before you can take on the final boss. The expansion also comes with 8 new heroes (including the awesome Sir Gamelyn and my new favourite “the Chinese Panda whose name I cannot pronounce correctly” haha), 5 dungeon cards, 12 extra loot cards, 2 new bosses, 2 new minions, 2 objective markers, a second boss marker, and 2 more goblins. These extra goblins alone make it worthwhile to purchase as with the potions expansion take you up from the base games 6 to a more respectable 10 goblins, and even here I feel that a few more would have been welcomed with open arms. The stories expansion also brings with it a more campaign-style game; you can link 2 games with a “stairs” card and even have 2 bosses. There are loads of choices and expansions that this adds. What an amazing expansion for $10 (on Kickstarter anyway) which makes this game from really good to excellent. I have really enjoyed Tiny Epic Dungeons, more than I ever expected I would for the small price-tag and box size.
Well done Gamelyn Games, this game is a fantastic swash-buckling dungeon crawler with tonnes of variety and some incredibly tense moments with huge shout-out excitement at times. I love it!!!
I also love the art in Tiny Epic Dungeons and throughout the whole Kickstarter campaign. As you can see here, from some of the pictures I have used from their page, the art style is so vibrant and colourful that it really brings out the theme and helps to sell the idea of this game to you.
I have not even mentioned how the tile flipping works, how the torch moving down affects enemy behavior, and many other things. There is just so much but, I feel I have waffled on for long enough so I am going to answer the questions I asked at the beginning of the review:

Was I right (to think the game looked like a lot of fun)? Yes, it is super fun especially when you can play the expansions as a Kick-ass Panda

Is this game as epic as I was hoping it would be? Yes, and more than I expected it would be for such a small offering

Is there enough content in the box to keep me satisfied? Not unless you get the expansions and I recommend getting both. The base game alone could get stale quickly but, the base game does include 8 heroes and 6 bosses which is plenty to get you started.

Do I really need the potions or the stories expansions? Most definitely, they add excellent new mechanics, loads more variability, more heroes, more bosses – what’s not to like???

Overview: “A wonderful small parcel that proves the saying that good things come in small packages. This game is way more fun than it has any right to be. How can you fit so much awesome into such a small box??? As someone with an interest in how game design works I am staggered at how amazingly well this all comes together. This game is cheap, takes up hardly any space in the box, and is awesome fun for solo or group play. Go get it, and get all the expansions. If you enjoy a bit of a challenge that is”

See you soon my fellow goblins in the tiny but, very epic dungeon. Try not to let the light run out, your friendly Panda Playing DB.

Be sure to check out more Reviews here 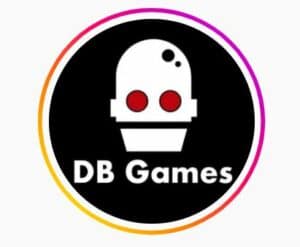