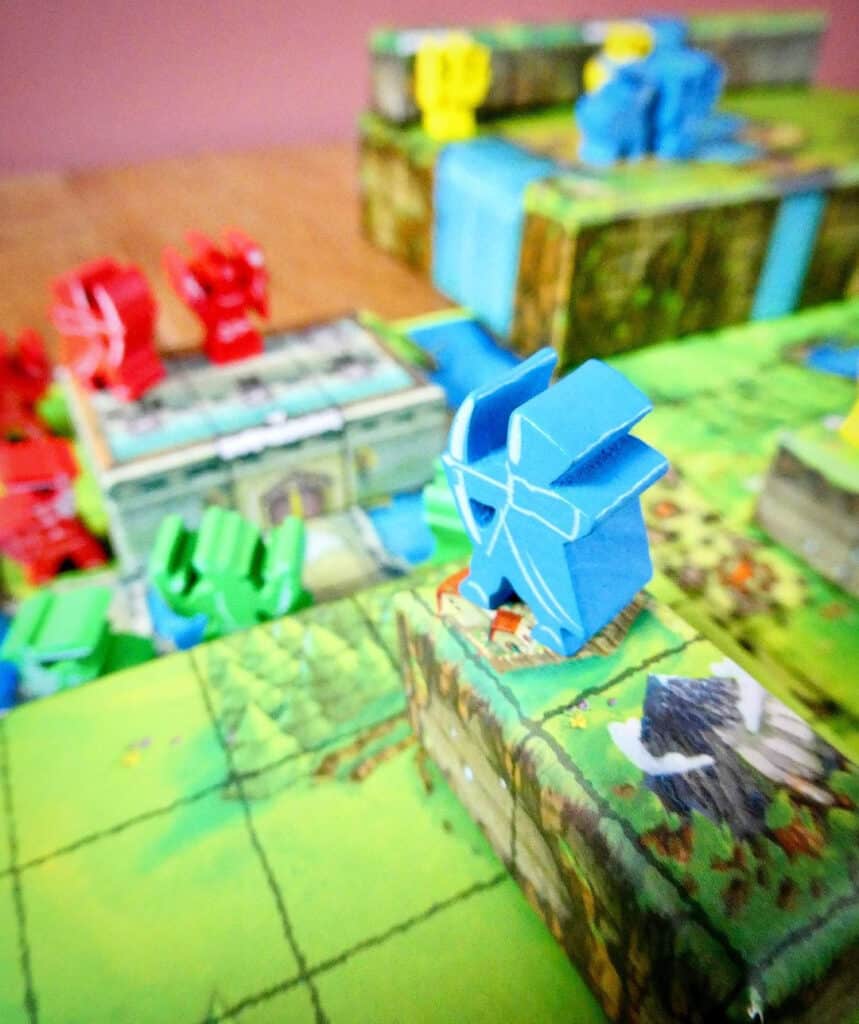 In this fantasy medieval tactical game you’ll be fighting over land in a 3D landscape or you can go on an adventure in a search for treasures.

⭐️There are multiple modes in which this game can be played. Competitive, team vs team and co-op and solo which make use of these awesome dungeons which are on the inside of the boxes 😍

⭐️In a competitive play each player is going for the win by controlling areas and capturing enemies.
In the co-op and solo mode players go on an adventure to gain treasures from the caves.

⭐️Moving around is where the word tactical is used right. You do need to plan ahead and place every character there where its power will be the best of use, as you got three actions each turn. Choices 🙂

⭐️The terrain with its different heights is great and elevates the atmosphere of the game. Choosing higher ground gives a nice advantage. One small problem, it is easy to knock over pieces on the mat and other areas of the game as spaces are small.

⭐️The different modes in the game are great. Something for everybody. Personally, I liked the teams, co-op and solo modes the best.

⭐️Components are good and the art is very nice. The rulebook is good, though we had to clarify some rules on the bgg site. Not a big issue.

⭐️This game is of course recommended for tactical players, but it might surprise a lot of gamers who are not into tactical games and will see that the solo and co-op mode are not only about tactics.

There is a world to discover in this game.

Check out below for more Great Reviews 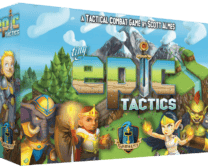 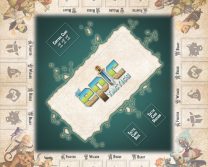 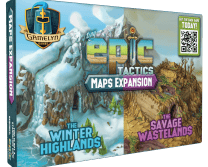